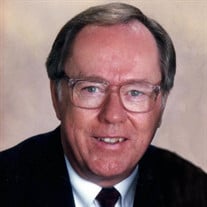 William (Bill) Stanley French, age 81, passed away surrounded by family at St. Tammany Hospital on June 17, 2022. Bill was born to Hazel (Whisler) French/Dahlgren and John William French. Bill was raised in Clarion Iowa with his siblings Eleanor (deceased) and Doug (deceased). While obtaining his Ph.D. in Geophysics at Oregon State University, Bill worked as a babysitter for another graduate student who was a newly single woman with five children. He fell in love with this woman and her family and on February 20, 1968 he married Marilyn Esther Kastner and shortly after adopted all five children and they had another together: Bill, June Rowley (Lavon), Scott (Deceased)(Joyce), Tracy, Doug (Whitney) and Ed (Tiffany). We really never think of our family as largely adopted but in retrospect it is an extremely rare and amazing thing that Bill did and it is a great demonstration of his character. Bill (Grandpa) adored each of his eighteen grandchildren and numerous great grandchildren and he is remembered and adored as an outstanding father and grandfather by all. Bill also had a prominent career which was founded on his initial inventing and patenting of 3D imaging for use in oil exploration. He began his early career with Gulf Oil in Pittsburgh and then with Amoco Research in Tulsa and then New Orleans. When technology finally caught up to his inventions, he started the first 3D seismic data processing company called Tensor Geophysical in New Orleans. In recognition of his accomplishments and leadership in the industry Bill became the 1991 international president of the Society of Exploration Geophysicists (SEG). Per his SEG wiki and I quote “His contributions have been many and are now legendary. Here is a man who has distinguished himself as a creative scientist, as a dedicated teacher, as an inspiring manager, and as a skillful businessman with the vision to champion the right technology at the right time.” When asked what he was most proud of in his career, in addition to the invention of 3D Seismic technology, he responded that he was the first to harness the power of parallel processing supercomputers to speed the processing of the enormous amounts of data collected in the exploration process. This great career brought a great deal of travel and life experience to Bill and Marilyn. They traveled the world for years together as well as lived abroad in both Singapore and Australia before retiring to homes in both Durango, CO and Covington, LA. Throughout the final years of Bill’s life, he and Marilyn lived at Christwood Retirement Community in independent living. Caregivers from Sophia Baker Private Care were devoted to his needs, providing loving care and companionship for he and Marilyn until Marilyn passed on April 11, 2019. Sophia has become an extension of our family through her loving care. Bill missed Marilyn dearly over the past three years and we are comforted that they are together once again. Dad/Grandpa, as you always told us, this is only “bye for now”. Relatives and friends are invited to attend a celebration of Bill’s remarkable life at E.J. Fielding Funeral Home, 2260 W 21st Avenue, Covington, LA on Friday, June 24, 2022 at 2:00 PM with visitation beginning at 1:00 PM until service time. Interment will follow the services in Pinecrest Memorial Gardens in Covington, 2280 W 21st Avenue, Covington, LA. E. J. Fielding Funeral Home has been entrusted with the arrangements. Please sign the online guest book at www.ejfieldingfh.com.

The family of William "Bill" Stanley French created this Life Tributes page to make it easy to share your memories.

Send flowers to the French family.