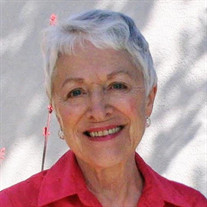 Vivian Cornell Lowrie died on January 14, 2021 at age 83. She was born in Stoystown, PA on February 11, 1937. Affectionately known as Ditty by her entire family, she is survived by her sisters, Christine, Janet, Kathy, and her brother David. Her brother Bobbie preceded her in death. After graduating from high school in PA in 1955, the family moved to Ecorse, MI where shortly afterwards she attended Wayne State University in Detroit and earned a Bachelor of Science in Education degree in 1960. It was at Wayne State that she met her future husband Robert (Bob) and they were married in 1960. After Bob got out of the Army in 1961, they lived in Frederick, MD where she taught school for four years. It was during this heavenly marriage that she and her husband were blessed with the birth of three wonderful sons, Kevin, Chris, and Stefan. In 1971, Bob was offered a job opportunity by Tulane University and Ditty and her young family moved to Covington, Louisiana to begin their new adventure. Over the years, Ditty grew to dearly love Louisiana and its vibrant culture and lived in Covington, Folsom, and Madisonville while spending a brief period in Texas. She was an excellent cook whose meals put folks at ease and her recipes will live on with family and friends. Supporting countless charities, Ditty always put the needs of others before her own. While Ditty preferred to be home raising her three boys, she was a beloved substitute teacher for 18 years at Pine View Middle School in Covington. She dearly loved working with Covington’s young students and built many long-lasting friendships with the school's wonderful teachers. She loved her grandchildren and never missed an opportunity to recognize and celebrate their achievements and milestones. In her final days, she rested comfortably in her home surrounded by her family who deeply loved her as she passed peacefully to be with our Lord in Heaven. She will be terribly missed by all who knew her, but none more than her husband and sons who adored her and are forever thankful for her blessings upon their lives. A memorial service to celebrate Ditty’s life will be arranged at a later date. E. J. Fielding Funeral Home has been entrusted with the arrangements. Please Share a Memory on the Tribute Wall at www.ejfieldingfh.com.

Vivian Cornell Lowrie died on January 14, 2021 at age 83. She was born in Stoystown, PA on February 11, 1937. Affectionately known as Ditty by her entire family, she is survived by her sisters, Christine, Janet, Kathy, and her brother David.... View Obituary & Service Information

The family of Vivian Cornell Lowrie created this Life Tributes page to make it easy to share your memories.

Send flowers to the Lowrie family.