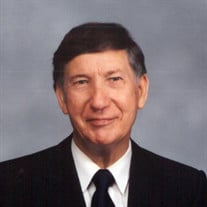 Thomas Aloysius Ward (nee Brother Aloysius Peter FSC) was born in New Orleans on June 17th, 1920, to Robert Bloomer Ward and Alexine Fourcade Ward. Brother Thomas is preceded in death by all his brothers and sisters, Malcolm Ward, (aka Brother Jasper), Alexine Ward Wyndelts, Robert Bloomer Ward Jr., and John Eric Ward, Sr. Brother Thomas was one of three in the family to reach 100 years. Brother Thomas is survived by Susan Ward, (cousin), Carol Ann Wyndelts, (nephews’ wife), Peggy Kleinschmidt, (cousin’s daughter), John Eric Ward III, (brothers’ grandson), Debbie D’Auney (cousin’s daughter), and other nephews and nieces’ cousins, grandnieces, and grandnephews. Brother attended Mater Dolorosa grammar school and St. Paul’s School before entering the brothers in 1936 and the Novitiate in 1937 and took final vows in 1945. He received his bachelor’s degree from De La Salle Normal in 1942, a master’s degree from Loyola University in 1951, and an education specialist degree from Southeastern Louisiana University in 1978. Brother was always a teacher. He began as a special kindergarten and first-grade teacher and later he became a mathematics teacher. During his teaching career he was assigned to the following schools: St. Michael’s High School, Santa Fe, NM, Landry Memorial High School, Lake Charles, LA, De La Salle High School, New Orleans, LA, Mullen High School, Denver, CO, Academy of the Immaculate Conception, Opelousas, LA, College of Santa Fe, Santa Fe, NM, and St Paul’s High School in Covington, LA. From St Paul’s he went, as a mathematics teacher, to Southern University in New Orleans, LA where he retired in 2007 at the age of 87. Brother studied at seven different universities including one in Paris. His travels included Canada, Europe, the Philippines, South America, and Japan. During his recent years in New Orleans, he became an unofficial greeter of the students each morning. He always had a friendly smile and was ready to greet people and especially friends and former students. He had a good number of former students who would call or visit with him. When he returned to St. Paul’s, he was eager to meet the students, tour the property, and even gave them the story of his life. His warm smile was encouraging to all with whom he came in contact. His sharp mind and love for mathematical puzzles were outstanding. Brother retired at Christian Brothers School in City Park, in New Orleans, LA, until COVID-19 when he chose to move to the St. Paul’s Retirement Community, Covington, LA, where he died on October 22, 2021. Relatives and friends of the family are invited to a visitation at E.J. Fielding Funeral Home, 2260 W. 21st. Ave., Covington, LA 70433 from 1:00PM until 2:00 PM on Saturday, Oct. 30, 2021. A Rosary will be at 2:00 PM. Funeral services will be private at a later date. Inurnment will follow at St. Joseph Abbey. The Brothers Community would like to thank the Nurses, CNA’s, other staff members, and cooks for their gracious and loving care given to Brother Thomas while he was here at St Paul’s. E. J. Fielding Funeral Home has been entrusted with the arrangements. Please share a memory on the tribute wall at www.ejfieldingfh.com.

The family of Bro. Thomas Aloysius Ward FSC created this Life Tributes page to make it easy to share your memories.

Send flowers to the Ward family.