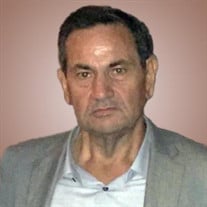 Terry Anthony Guillory, age 59, entered the gates of heaven after passing away peacefully on August 25, 2020, following a courageous battle with cancer. He was born on May 6, 1961 in New Orleans, LA. Terry loved life and he loved people. He had a fantastic sense of humor and an even more fantastic sense of loyalty to those he loved. He was a son, a brother, an uncle, a godfather, a friend, and a best friend to more than one person. If you were fortunate enough to know Terry, you knew love and you knew laughter. You also knew he was not one to be trifled with as he did not suffer foolishness for very long. After attending Mandeville High School and Southeastern Louisiana University, he became a successful entrepreneur. Terry possessed a servant’s heart. That was his key to success, and life. He knew how to talk to people in a manner that was honest and real. His customers loved him, and he loved his customers. As a Christian, and a Catholic, he believed in treating others as he wished to be treated. Terry was preceded in death by his beloved mother, Madeline Langhauser; his stepfather and friend, Roy Langhauser; his father, Hamilton Guillory; his sister, Cheryl Guillory; and his brother, Edward Guillory. He is survived by his sisters, Darlene Williams; Brenda Bertucci (Gerald), Robin Stevens (Kenneth); and his brothers, Kevin Guillory (Kim); and Robert Guillory (Tracy); as well as by many, many friends. He is also survived by a host of nieces, nephews, great nieces and great nephews, all of which he loved very dearly. He was always active in their lives from the moment each of them entered this world. Terry truly loved, and lived for, his family. Relatives and friends are invited to the Liturgy of the Word at E.J. Fielding Funeral Home, 2260 W. 21st Avenue, Covington, LA 70433 on Friday, August 28, 2020 at 2:30 PM with visitation from 1:00 PM until service time. Interment will take place privately at Pinecrest Memorial Gardens Mausoleum, Covington, LA. Please Share a Memory on the Tribute Wall at www.ejfieldingfh.com.

Terry Anthony Guillory, age 59, entered the gates of heaven after passing away peacefully on August 25, 2020, following a courageous battle with cancer. He was born on May 6, 1961 in New Orleans, LA. Terry loved life and he loved people. He... View Obituary & Service Information

The family of Terry Anthony Guillory created this Life Tributes page to make it easy to share your memories.

Terry Anthony Guillory, age 59, entered the gates of heaven after...

Send flowers to the Guillory family.