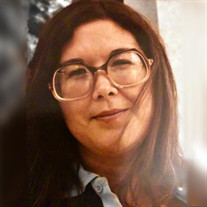 Stephanie Grace Fuqua Barbier died Nov. 23, 2020, at her home in Abita Springs, La., after a 30-year battle with rheumatoid arthritis. She was 73. Stephanie was born Nov. 1, 1947, at Touro Infirmary in New Orleans, to Dorothy Pearl Weisfeld Haring and Joseph Henderson Fuqua. She attended St. Martin’s Episcopal School and the University of New Orleans. Stephanie lived in Metairie nearly all her life, most notably in the home on East William David Parkway where she and her husband of 41 years, Walter Anthony Barbier, raised their two daughters. Stephanie and Walter purchased a home in Abita Springs following Hurricane Katrina and moved to the Northshore six years ago following Stephanie’s retirement from Lakeside Toyota in Metairie. Stephanie spent her entire career in the automobile business. She worked at her family’s parts business, Automotive Parts Inc., and then spent the next decade helping to run her family’s car dealership, O.E. Haring BMW, on N. Claiborne Avenue in New Orleans and, later, on Veterans Boulevard in Metairie, with her mother, brother and sister. Stephanie later spent nearly 20 years as comptroller at Lakeside Toyota, a job she loved, working with people she admired and respected – a feeling that was truly mutual. When not at work, Stephanie devoted her life to her family and worked hard to send her daughters to good schools, and to give them the sort of upbringing that any child would be grateful to have. She showed them what it meant to be a good person, not just in word but in deed, and what a strong, independent woman looks like, a trait she learned from the women in her family who came before her. Stephanie loved rock-n-roll music and played her many albums often. She would clean the house on Saturday mornings while blaring the Rolling Stones, the Doobie Brothers or Led Zeppelin, often waking her younger daughter, Christine, who would complain that the music was too loud. She played Trivial Pursuit with her family on the weekends, usually winning because she was always the smartest person in the room. Later, when her older daughter, Leslie, had a daughter of her own, she would agree to put baby Emma in the center of the dining room table so everyone could marvel at the first child born into the family in more than two decades. Stephanie took her girls to movies they probably shouldn’t see, let them run free at Storyland and Carousel Gardens in City Park, and would take the family for Chinese food on Friday nights. And though she adored her children, Stephanie really, really loved her dogs. Stephanie is preceded in death by her parents, Dorothy Pearl Weisfeld Haring and Joseph Henderson Fuqua. She is survived by her husband, Walter Anthony Barbier, of Abita Springs; a brother and sister-in-law, Gerard William “Bill” LaBruyere and Bernadette M. LaBruyere, of Riverview, Fla.; a sister and brother-in-law, Susan Fuqua Schoen and Richard D. Schoen, of Jefferson; a daughter, Dr. Leslie Lyons Brown, of Mandeville; a daughter and son-in-law, Christine Louise Harvey and John W. Joyce, of New Orleans; four grandchildren, Emmaline Frances Brown, of Somerset, Mass.; Aidan Timothy Brown, of Mandeville; and, Stella Murphy Joyce and William Harvey Joyce, both of New Orleans; and, a host of nieces and nephews. Stephanie supported many charities during the course of her life, perhaps none more dear to her than the Wounded Warrior Project and the Northshore Humane Society in Covington. For those wishing to honor Stephanie’s memory, donations may be made in her name to these worthy organizations. A private celebration of life with the immediate family will take place at a later date. The family thanks St. Joseph Hospice and E.J. Fielding Funeral Home in Covington for its services.

Stephanie Grace Fuqua Barbier died Nov. 23, 2020, at her home in Abita Springs, La., after a 30-year battle with rheumatoid arthritis. She was 73. Stephanie was born Nov. 1, 1947, at Touro Infirmary in New Orleans, to Dorothy Pearl Weisfeld... View Obituary & Service Information

The family of Stephanie Grace Fuqua Barbier created this Life Tributes page to make it easy to share your memories.

Send flowers to the Barbier family.