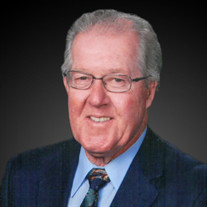 Sheldon Andrew Gebbs, Jr. passed away on Sunday, July 18, 2021 surrounded by family at his home in Covington, LA. He was born on December 25, 1939 in New Orleans, LA to the late Sheldon Andrew Gebbs, Sr. and Ethel Jeunesse Gebbs. He was a resident of Metairie for 42 years before retiring to Covington in 2008. Sheldon was the beloved husband of Laurance Luke Gebbs for 60 years. He was the loving father of Shelby Gebbs-Posner (Pete), Rhonda Gebbs Futrell (Mike), and Dana Gebbs Riley (Eric). Sheldon was the proud grandfather of Matthew and Luke Posner, Madison and Dylan Futrell, and Grace and Ella Riley. Sheldon attended grammar school at St. Rose de Lima and was a graduate of De La Salle High School in 1957. He was inducted into the De La Salle High School Sports Hall of Fame in 2016. He attended college and played baseball at Loyola University in New Orleans where he was an All-American in 1958. He recorded the most steals in 1959 in the Mel Ott Semi-Pro Baseball League. After college, Sheldon served in the Air National Guard for 6 years. He began his career at Commodity Credit in New Orleans. He continued in banking with Associates Finance Company, Commercial Bank, and Bank of Louisiana. Sheldon then pursued entrepreneurship and purchased Single Stop Convenience Store in Metairie, LA. After selling the convenience store, he worked for and retired from Jefferson Parish Gaming and Code Enforcement. He was a member of The Tiger Club and Shadow Lawn Golf Club. Sheldon loved baseball and was an avid golfer but his greatest passion in life was his family and watching his grandchildren grow and play sports. Relatives and friends are invited to the Funeral Mass at St. Anselm Catholic Church, 306 St. Mary St., Madisonville, LA 70433 on Friday, July 23, 2021 at 12:00 Noon with visitation from 10:00 AM until Mass time. Interment will follow the service at Theodore Dendinger Cemetery, Madisonville, LA. In lieu of flowers, donations may be made to the Alzheimer’s Association, www.alz.org. Please Share a Memory on the Tribute Wall at www.ejfieldingfh.com.

Sheldon Andrew Gebbs, Jr. passed away on Sunday, July 18, 2021 surrounded by family at his home in Covington, LA. He was born on December 25, 1939 in New Orleans, LA to the late Sheldon Andrew Gebbs, Sr. and Ethel Jeunesse Gebbs. He was a resident... View Obituary & Service Information

The family of Sheldon Andrew Gebbs created this Life Tributes page to make it easy to share your memories.

Send flowers to the Gebbs family.