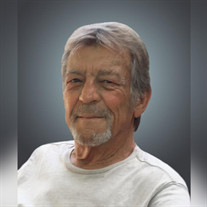 Ronald Henry Vaccaro passed away on Sunday, August 23, 2020 at the age of 69. Beloved husband of Cynthia Vaccaro. Loving father of Nicolas Vaccaro, Sr. (Jennifer Vaccaro) and Alisha Kennedy (Jonathan Kennedy). Devoted grandfather to Nicolas Vaccaro, Jr, Christian Kennedy, Emily Vaccaro and Nathan Kennedy. Son of the late Rita Mae Clare Grunewald Vaccaro and Anthony Theodore Vaccaro. Brother of Robert Vaccaro, Sr. Additional survivors include several aunts, cousins, sisters-in-law, brothers-in-law, nieces, nephews, great nieces, great nephews and his loyal employee of more than 20 years, Rodney Jenkins, whom he loved like another son. After serving in the United Stated Naval Reserve Personnel Branch, Ron, his wife and son moved to Covington in 1977. His devotion to his community began and 1980 brought the birth of his daughter and the start of Ron Vaccaro Construction Company, Inc. He served as President of his company until he retired shortly before his death. He built numerous homes in the area and was proud of each and every completed project. He thoroughly enjoyed his work and looked forward to each day. In the homes he built, he leaves behind a legacy of pride and tradition. In his younger years as a Covington resident, Ron could be found in his bass boat running Mach 5 up and down local rivers with his brother-in-law, George, at his side, and holding on for dear life. The day would end with an empty gas tank and quite possibly a live well to match. He could also be heard ribbing his golfing buddies every weekend at Covington Country Club, where he served as Club President. His Clark Griswold Christmas light extravaganza was legendary and suspected to cause power shortages in River Forest Subdivision. His later years involved spending quality time with his grandchildren and picking up empty water bottles “all over the yard.” He continued his contribution to Covington by serving on the City’s Planning and Zoning Committee where he took great pleasure in saying “NO.” Ron was always the life of the party and known to be an elaborate storyteller. Rumor has it that he may have over exaggerated now and then. He was never afraid to voice his opinion, but a kinder soul could never be found. He was devoted to those he cared about and his life was lived on his terms, his way, in his time, and always as an honorable man. Relatives and friends are invited to attend the Memorial Mass at E.J. Fielding Funeral Home, 2260 W. 21st Avenue, Covington, LA 70433 on Friday, August 28, 2020 at 11:00 AM with visitation on Friday beginning at 9:00 AM. Please sign the E.J. Fielding Funeral Home online Guest Book at www.ejfieldingfh.com.

The family of Ronald Henry Vaccaro created this Life Tributes page to make it easy to share your memories.

Send flowers to the Vaccaro family.