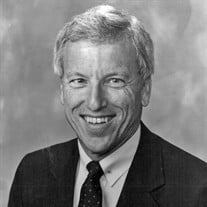 Robert Allen Sigerson (“Bob”) passed away peacefully on February 18, 2022, at the age of 84. Bob was born in New Orleans and lived in Covington for 50 years. Bob is predeceased by his beloved wife Marietta Patricia Webster Sigerson (“Pat”), his parents Reginald Bertram Sigerson and Claire Dassel Sigerson, and his sister Patricia Sigerson. He is survived by his children and their spouses and children: Allyson Sigerson and her fiancé Les Miller, Marietta and Gregory Davis, and Richard and Jennifer Sigerson and their children Ryan Allen Sigerson and Riley Claire Sigerson. In addition to his children and grandchildren he is survived by his sisters-in-law and brother-in-law Darleen and Jack Christiansen and Marilyn Lanasa, along with seven nieces. Bob graduated from St Aloysius Catholic High School and Louisiana State University with a degree in Economics. He was devoted to his LSU Tigers in every sport. Bob was best known for his passion for fitness, running marathons and triathalons including the World Triathalon Championship in Germany. He loved his swim team and spin classes at Franco’s, where he was a fixture almost daily. Everyone will remember Bob for his steadfast loyalty to his friends and, most of all, his devotion to the Catholic Church. Bob worked until his death in the insurance industry in Covington. He loved his coworkers and, of course, free lunch on Thursdays. He will be dearly and sorely missed by too many people to count. Friends and family are invited to visitation on Thursday, February 24th from 10:00 AM to 12:00 PM at Mary, Queen of Peace Catholic Church, 1501 West Causeway Approach, Mandeville, Louisiana 70471. Mass of Christian Burial will follow at 12:00 PM. Interment will take place immediately following Mass at Pinecrest Memorial Gardens, 2280 W 21st Avenue, Covington, Louisiana 70433. E.J. Fielding Funeral Home has been entrusted with the arrangements. Please sign the online Guest Book at www.ejfieldingfh.com.

Robert Allen Sigerson (&#8220;Bob&#8221;) passed away peacefully on February 18, 2022, at the age of 84. Bob was born in New Orleans and lived in Covington for 50 years. Bob is predeceased by his beloved wife Marietta Patricia Webster Sigerson... View Obituary & Service Information

The family of Robert "Bob" Allen Sigerson created this Life Tributes page to make it easy to share your memories.

Send flowers to the Sigerson family.