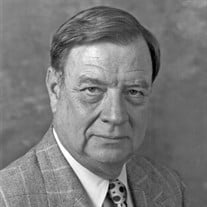 Dr. Robert Joseph “Bob” Clark, Sr., D.D.S. peacefully passed away surrounded by his children and family at his home in Covington, LA on Tuesday October 19, 2021, at the age of 87. He is reunited in heaven with his beloved wife of 62 years, Guelda Fay Muñoz Clark, and their first grandchild, Jacob Michael Schroeder. A New Orleans native, Bob was born on November 21, 1933, on St. Claude Avenue in the heart of the Ninth Ward. He spent his childhood helping his grandfather, Joseph Binder, in the famous family bakery, Binder’s Bakery, and playing with his brothers and cousins on the streets of his lively neighborhood, and later in Gentilly on Elysian Fields. Bob cherished the many weekends his family spent at their summer home on 24th Street in Covington, LA, living the “barefoot” life, sleeping outdoors on a screened-in porch, and horseback riding through the piney woods. Following in his father’s footsteps, he attended St. Paul’s High School in Covington, LA as a boarding student, where he played football for the Wolves. Graduating St. Paul’s in 1952, he was the team captain of the first St. Paul’s football team to win the “Little Brown Jug” after beating Covington High School. Bob pursued the strong tradition of dentistry in his family, like his father, uncle, and brothers. He graduated Loyola University in 1958 with a Doctor of Dental Surgery before serving as a U.S. Navy Lt. and field doctor at Camp Pendleton in California. After his military service ended in 1960, Bob, and his young wife Guelda, moved their new family to New Orleans and opened his dental practice on Chef Menteur Hwy. In 1991, he expanded his practice to Mandeville, LA where he worked with his son, Dr. Paul A. Clark, D.D.S., until his retirement at the age of 80. Bob and his wife moved from their New Orleans home in 1994 to rural Covington, LA where they generously cared for local wildlife, especially birds and deer. The Clark family home was constantly filled with good food, children, grandchildren, and great-grandchildren. Bob’s family and friends knew him as an accomplished athlete, gardener, and fisherman with a fiery love of Latin music and dancing, inspired by his beautiful wife from La Ceiba, Honduras. When not at home or in his dental practice, Bob was on the water, fishing the marshes and waterways of Louisiana, not just for sport, but as a way to bring family, neighbors, colleagues, and friends together. Bob was a caring and loving man who showed kindness to anyone he met. He enriched the lives of so many people through his faith, his ethics, and his very special sense of humor. He was a man of deep faith and a devout Catholic, and a proud American. He was a member of the Resurrection of Our Lord Men’s club, founding member of the Krewe of Pontchartrain, and the first President of Delta Festival Ballet Company. Bob was preceded in death by his beloved parents, Mary M. “Mae” Binder and Dr. William A. Clark Jr., D.D.S., and siblings Dr. William A. Clark, III D.D.S. (Rachel), Juanita Clark and Dr. Tyrone G. Clark, D.D.S. He was a loving father to Fr. Matthew Robert Clark, O.S.B., Catherine C. Schroeder (Rick), Dr. Paul Albert Clark, D.D.S. (Sandi), Teresa C. Krutzfeldt (Matthew), James Vincent Clark and Mark Christopher Clark (Elizabeth). Beloved “Papa” to Jonathan (Diana), Jason (Kelly) and Catherine Schroeder, Veronica, Luke and Zachary Clark, Drew Bennett, Matthew, Elizabeth and Caroline Krutzfeldt, Ashleigh Claiborne, Brittany Moran (Alan), Trevor and Tyler (Mallory) Krutzfeldt. Beloved great-grandfather of Oliver and Bruno Schroeder, and Zoie Winzer. Brother-in-law of Aurelie Clark. Bob will be deeply missed by so many people, especially his former patients whom he loved always. Relatives and friends are invited to attend the Mass of Christian Burial at St. Joseph Abbey Church, 75376 River Road, St. Benedict, LA 70457 on Tuesday, October 26, 2021 at 2:00 PM with visitation beginning at 1:00 PM until service time. Interment with full military honors will follow in St. Joseph Abbey Cemetery, 75376 River Road St. Benedict, LA 70457. In lieu of flowers, please consider making a donation to St. Joseph Abbey, https://www.saintjosephabbey.com/donate. E.J. Fielding Funeral Home is in charge of arrangements. Please sign the E.J. Fielding Funeral Home online Guest Book at www.ejfieldingfh.com.

Dr. Robert Joseph &#8220;Bob&#8221; Clark, Sr., D.D.S. peacefully passed away surrounded by his children and family at his home in Covington, LA on Tuesday October 19, 2021, at the age of 87. He is reunited in heaven with his beloved wife of... View Obituary & Service Information

The family of Dr. Robert Joseph "Bob" Clark Sr., D.D.S created this Life Tributes page to make it easy to share your memories.

Send flowers to the Clark family.