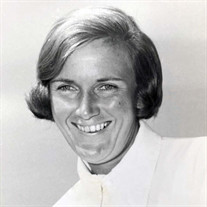 It is with great sadness to announce Patricia Anne Newman of Folsom, Louisiana has passed away on April 9, 2022, at the age of 82. Pat was a loving daughter, sister, sister-in-law, aunt, godmother, and friend. Pat was a master chef who loved to entertain and cook. She enjoyed cooking and preparing all kinds of foods for family and friends during holidays, for LSU football pregame and aftergame get togethers. In Pat’s younger days, when she could, she always returned home to take her little brothers fishing, playing baseball or traveling the country on vacation. Pat, Patsy, big sister, NuNu, Bijoux was a special lady who will be forever missed, but never forgotten. Pat was born to Harvey R. Newman and Grace Hopkins Newman on December 2, 1939, in Greensboro, North Carolina. Pat is preceded in death by her parents, stepmother, Virginia Morrow Newman, and brother, Harvey R. Newman Jr. Pat is survived by her brother, Herbert Thurmond Newman and wife Jennifer of Mount Lebanon, La.; nephew Patrick Thurmond Newman (Sara), children Charlotte and Hank; and nephew Donald Newman (Wendy), children Parker and Maggie. Pat graduated from Gibsland High School in Gibsland, Louisiana in 1957 and was an all-state basketball selection for three years. Pat completed her bachelor’s degree from La. Tech in 1961, she also lettered three years on the school’s rifle team. Pat recorded her master’s degree in Education from LSU in 1971. Pat served as National Traveling Secretary for Sigma Kappa Sorority after graduating La. Tech, then as public relations expert for Boys Clubs of America before coming to LSU as a counselor for freshman women in 1964. Pat was the first women’s tennis coach in LSU history and a trailblazer for the women’s athletics programs at LSU. Pat also served as the head women’s tennis coach from 1973 to 1979, leading the then Ben-Gals to a top 10 ranking by 1977, the year LSU hosted the first AIAW national tennis championships. In 1977, she was also named Coordinator of Women’s Athletics and in 1980 relinquished her coaching duties to devote full-time attention to that post when she was named Assistant Athletics Director. During her time as the Coordinator of Women’s Athletics, she oversaw 10 sports and helped direct basketball, tennis, and gymnastics to national prominence. In the year that we celebrate the 50th year of Title IX and the 40th year of women’s sports joining the NCAA, it is appropriate that we also celebrate a true trailblazer for women’s sports at LSU – Pat Newman. LSU Hall of Fame coach D-D Breaux said, “Pat not only opened the door for so many of us but she held it open, sometimes at great personal cost. There was no task too small for Pat; she did anything and everything that was needed for LSU to have successful women’s sports programs. She was a mentor to young coaches on the staff and made sure each of us understood what needed to be done in order to be successful. I will forever be grateful to Pat Newman for the lessons, her courageous leadership and all that she did to advance women’s athletics at LSU.” Ebie Taylor Strauss LSU All American 1978 said, “Pat Newman was a stellar coach, sincere confidant and good friend. Pat was a big believer in Title 9 and she practiced what she preached. She drove the Lady Tiger Tennis team everywhere in a van…yes, an ordinary van, but with Pat at the helm it seemed magical. Pat drove the van, cooked the ham for the picnic along the way, talked strategies, fed a million overheads, fixed grits and hot chocolate for breakfast when it was freezing at a tennis match. Pat drove that van and our team into the top ten in the nation. With Pat…ALL things were possible! Pat will be so deeply missed by all of her players who revered her. Pat was a real treasure at LSU and a Hall of Fame Coach. Pat brightened everyone’s life and quite frankly made my LSU tennis experience phenomenal. May God bless and shine his light upon our beloved Coach Pat Newman.” After leaving LSU, Pat found her way to the horticulture industry. Pat was the longtime general manager of Folsom Nursery. Pat served multi-state efforts also with the Gulf States Horticultural Expo, where she served two terms as president. Her accomplishments also include serving as LNLA president in 2003 and then again in 2004. She was named LNLA’s professional of the year in 2002 and was presented a Distinguished Service Award from the association in 2010. Pat was treasurer of their foundation during the first seven years of its’ operation and served as LNLA treasurer from 2004-2018. Pat was presented the James A. Foret Award in 2019. Special thanks to the Lacombe Nursing Center staff, the Breaux family and Carol Caplan for their loving care and friendship during her final days. Also, Patrick, Sara, Charlotte and Hank Newman whose cards, letters, photos, flowers and special visits provided such joy to their Aunt Pat. Those wishing to make donations in Pats memory may do so to the Mount Lebanon Historical Society PO Box 28 Gibsland, La. 71028, of which Pat was a lifetime member, Louisiana Nursery and Landscape Foundation for Scholarship and Research or the organization of your choice. To view a very special tribute to Pat’s work with LSU go to lsusports.net 04/14/2022. Pat’s Celebration of Life was conducted April 24, 2022, at an old family friend’s home. E.J. Fielding Funeral Home has been entrusted with the arrangements. Please sign the E.J. Fielding Funeral Home online Guest Book at www.ejfieldingfh.com.

It is with great sadness to announce Patricia Anne Newman of Folsom, Louisiana has passed away on April 9, 2022, at the age of 82. Pat was a loving daughter, sister, sister-in-law, aunt, godmother, and friend. Pat was a master chef who loved... View Obituary & Service Information

The family of Patricia Anne Newman created this Life Tributes page to make it easy to share your memories.

It is with great sadness to announce Patricia Anne Newman of...

Send flowers to the Newman family.