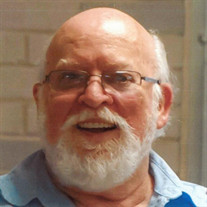 On September 14, 2020, Brother Louis Welker, FSC passed away at 11:00 am following a long illness. A native of New Orleans, he was born on September 14, 1943, the son of the late Alois Webber Welker, Sr. and the late Vera Carambat Welker.... View Obituary & Service Information

The family of Bro. Louis Victor Welker, FSC created this Life Tributes page to make it easy to share your memories.

Send flowers to the Welker family.