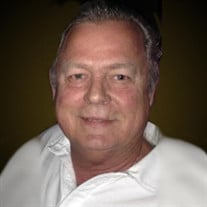 Lawrence Michael Rase “Larry” passed away peacefully at home surrounded by his wife and family on February 25, 2022, at the age of 71. He was born in New Orleans at Baptist Hospital on September 9, 1950, to William John Rase, Jr. and Rita Ann Dillon Rase. Larry is survived by his beloved children Lawrence Michael Rase, Jr. (Stacey) and Lance Marcus Rase (Erika), and stepson Albert Adam Aucoin. He is survived by grandchildren Shelby, Hadley, Larry, III, Landry, Abigail, and Nicholas. He is also survived by siblings Noreen Rase and Bill Rase, III (Debby), niece Christi Rase Browne (Greg), nephew Bill Rase, IV (Brittany) and several great nieces and nephews. Larry was married to Lori Lynn Fry Rase for 27 years. Larry graduated from St. Paul’s High School in 1968 where he was a very competitive swimmer and just fell short of making it to the 1968 Olympics. He did however make it into the Guinness Book of World Records for playing the longest basketball game ever recorded, an achievement he shared with close friends from St. Paul’s, Mandeville High, and Covington High Schools. Larry then graduated from LSU and went on to become the consummate salesman. He worked in sales with Burrough’s Computers, as regional sales manager at Domino’s Sugar, and as a stockbroker at EF Hutton and the Hunt Brothers of Texas. He then returned to his hometown and became an entrepreneur when he opened Rase For Sports and Rase Fore Golf in Mandeville. In 1994 he went to work for Zennoh/CGB where he enjoyed a successful career until he retired in 2020. Larry’s community involvement was extensive and spanned several decades. He always had a desire to help people who asked him and had an innate talent for connecting just the right people for success. Most everyone in St. Tammany knows of and has enjoyed Mandeville’s Pelican Park Sports Complex. But not many know that it might not exist if not for Larry’s efforts. He was President of the Fourth Ward Recreation Association (FWRA), a volunteer group of local recreation advocates trying to build kids’ playing facilities to handle the explosive area population growth in the 1980s. Larry was one of the core group of individuals who acquired property and found funding for the park’s construction. Since its inception, Pelican Park has provided a broad variety of recreational opportunities for countless residents and visitors on its nearly 500 acres of fields and facilities. Many millions more will benefit in the future from the efforts that Larry and the FWRA group made. Larry continued his interest in the park in recent years through his efforts to acquire sponsors to financially support its programs and construction activities. Larry served on Mandeville’s Planning and Zoning Commission and was active in local, state, and national politics. He had a passion for politics and a real knack for fundraising. His ability to raise funds helped many local charities and projects come to fruition. He served as the Commissioner on the Causeway Commission for 7 years and held the position of Chairman for 2 years, earning him the nickname “Commish”. He was Executive Director of the Northshore Business Council for 5 years, was a board member and early supporter of GNO, Inc., as well as Executive Director of the Louisiana River Pilots Association. He was appointed to the Governor’s Advisement Council for the Commission of Coastal Protection as a representative of the maritime industry. He served as the Honorary Chairman of the Special Olympics in 2016. Family and friends are invited to the Funeral Service on March 6th at E.J. Fielding Funeral Home, 2260 West 21st Avenue Covington, LA 70433 on Sunday, March 6, 2022 at 3:00 PM. Visitation will be from 12:00 noon until service time. Interment will take place at Pinecrest Memorial Gardens, Covington, LA. In lieu of flowers, please make a donation to one of Larry’s favorite charities: Family Promise Willie Paretti Day Center, www.fpstp.org, Upward Community Services, www.upwardcommunityservices.org, Special Olympics of La, www.specialolympics.org, or Northshore Humane Society, www.northshorehumane.org.

Lawrence Michael Rase &#8220;Larry&#8221; passed away peacefully at home surrounded by his wife and family on February 25, 2022, at the age of 71. He was born in New Orleans at Baptist Hospital on September 9, 1950, to William John Rase, Jr.... View Obituary & Service Information

The family of Lawrence "Larry" Michael Rase created this Life Tributes page to make it easy to share your memories.

Send flowers to the Rase family.