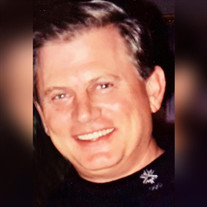 Lawrence Richard Gardner passed away on Thursday, September 10, 2020 at the age of 66. Husband of Lisa Key Gardner, loving father of Lauren Gardner Liberto and Dolan Gardner. He was the grandfather of Dominic Liberto and son of the late Anibel Wagers Gardner and Ray Gardner. He was also the brother of John Gardner and Kay Thomson and is survived by his nieces and nephews. Born on September 23, 1953, in Hopkinsville, KY, Larry lived his elementary years in Kentucky before moving to Jackson, TN, where he met his wife, Lisa. Married in 1976, Larry then put himself through college at the University of Tennessee, Knoxville. After college, he was offered a job with Kimberly-Clark, where he was a loyal worker for over 4 decades until retirement. After his daughter, Lauren, was born he was transferred to Mandeville, LA, with the company where he raised his daughter and son, Dolan, and spent his life until passing. Larry was a faithful husband, father, and grandfather, known lovingly as “Poppa” to those closest to him. He was a hard worker, always making sure his family was well taken care of. He loved the beach, his family, and the Tennessee Volunteers. His family would like to thank the staff at STPH for making his final days as comfortable as possible. Relatives and friends are invited to attend the funeral services at E.J. Fielding Funeral Home, 2260 W. 21st Avenue, Covington, LA 70433 on Saturday, September 19, 2020, at 3:00 PM with visitation on Saturday, beginning at 2:00 PM. In lieu of flowers, the family requests donations to be made to St. Jude Children’s Research Hospital. The family would like to invite you to share memories and express condolences in the E.J.Fielding Guestbook at www.ejfieldingfh.com.

Lawrence Richard Gardner passed away on Thursday, September 10, 2020 at the age of 66. Husband of Lisa Key Gardner, loving father of Lauren Gardner Liberto and Dolan Gardner. He was the grandfather of Dominic Liberto and son of the late Anibel... View Obituary & Service Information

The family of Lawrence Richard Gardner created this Life Tributes page to make it easy to share your memories.

Send flowers to the Gardner family.