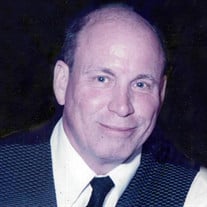 Kennith John Landry, “Kenny”, was born on October 27, 1952 to Sidney and Clara Landry in New Orleans Louisiana. He grew up and had his best childhood memories with his family on Freret Street in New Orleans. After graduating from De La Salle High School in 1971, he worked in the hospitality industry where he met his wife, Maria. Maria and Kenny married in 1978 and just celebrated 43 years of marriage. They raised 4 beautiful children- Brandon, Justin (Tayler), Ashlee and Alex (Donald). They are blessed with six lively grandchildren Evan, Estelle, Jude, Audrey, Wyatt, and Gabriel. Kenny served a 30+ year career as an outstanding private investigator where he worked as lead investigator on cases throughout the United States. To Kenny, his integrity and reputation where everything. As one investigator described, “he is the most professional and loyal investigator I ever worked with.” He was appointed to the Louisiana State Board of Private Investigator Examiners first in February 2009 by Governor Bobby Jindal and continued to serve at the pleasure of Governor John Bel Edwards. Kenny loved the outdoors where he spent much of his time hunting, fishing, and relaxing with his closest friends. Given the opportunity he would not skip a beat talking to anyone about the “Camp”. Of all things, Kenny was devoted and committed to his family who he put above all. He embraced fatherhood and there for his kids through the best and worst of times, no matter what. As a husband, he loved endlessly. He referred to his wife as “Sweets”, and his Sweets was his best friend. His faith was always on his heart, and he devoted every Sunday morning to listening to the word of God from his cousin and Pastor Jerry Hobren, one of his dearest friends. In some of his last moments he shared with his family how at peace he was with God. His family knows he has reached the ultimate reward in life and has met serenity in the Glory of God. Kenny left this earth August 16th, 2021, but in his wake are so many stories left behind. These are amazing stories of him told by his family and his friends. These stories represent the power of Kenny’s life in so many of our hearts. Kenny will be greatly missed, but his stories will carry on for generations. In lieu of flowers, memorial contributions in memory of Kennith Landry may be made to St. Jude Children's Research Hospital. Donations may be either mailed to: 501 St. Jude Place, Memphis, TN 38105, or can be made at https://www.stjude.org/donate/. Due to COVID-19, social distancing is encouraged and masks are required to attend services. Relatives and friends are invited to attend the funeral services at Northshore Bible Church, 19516 Sunshine Ave, Covington, LA 70433 on Friday, August 20, 2021 at 1:00 PM with visitation beginning at 12:00 PM until service time. Interment will follow the services in St. Joseph Abbey, 75376 River Road, St. Benedict, LA. The family invites you to share thoughts, fond memories, and condolences online at E. J. Fielding Funeral Home Guest Book at www.ejfieldingfh.com.

Kennith John Landry, &#8220;Kenny&#8221;, was born on October 27, 1952 to Sidney and Clara Landry in New Orleans Louisiana. He grew up and had his best childhood memories with his family on Freret Street in New Orleans. After graduating from... View Obituary & Service Information

The family of Kennith "Kenny" John Landry created this Life Tributes page to make it easy to share your memories.

Send flowers to the Landry family.