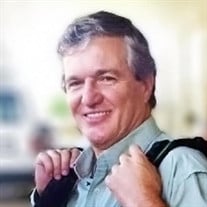 Kenneth Lee Matherne passed away on October 15, 2021 at his home in Folsom, LA, where he lived, loved, and built his legacy for the last 30 years of his life. Kenneth was born on December 20, 1957, in Houma, LA to the late Lee Joseph Matherne and the late Joyce Dupré Matherne, the second of their five children. From an early age, Ken exhibited a strong work ethic and an exceptional aptitude for business and marketing. He studied business at Nichols University before entering the oil field service sector. In 1991, the year after his daughter, Maci was born and with her in mind – fueled by passion, conviction, and extraordinary vision – Ken founded Global Wildlife, one of the nation’s largest free-roaming wildlife preserves. Ken’s tenacity was realized, and Global Wildlife became a sanctuary for joy and learning. For the past 30 years, it has attracted visitors from all over the globe and brought smiles to the faces of millions of children and adults alike. Though Global will forever be a cornerstone of Ken’s legacy, so too will his generosity, welcoming spirit, and larger-than-life disposition. Ken enjoyed travel, fly fishing, aviation, and collecting specialty automobiles—but perhaps more than anything else, Ken never met a stranger and enjoyed bringing people together for a good time. He was a man who lived big and loved deeply. A beloved father, brother, and uncle, Ken is survived by his daughter, Maci, brothers Lee and Michael, sister Penny (Quentin), ten nieces and nephews, and more friends than one could count. Ken is remembered fondly by Maci’s mother, Nancy Hawkins Matherne. Per Ken’s wishes, a private memorial will be held by his family. In lieu of sending flowers or gifts to the family, donations can be made on Ken’s behalf to the Michael J. Fox Foundation for Parkinson’s Research, an organization very dear to Ken. www.michaeljfox.org/donate. Should you feel moved to do so, we invite you to share a memory of Ken on the Tribute Wall at www.ejfieldingfh.com.

Kenneth Lee Matherne passed away on October 15, 2021 at his home in Folsom, LA, where he lived, loved, and built his legacy for the last 30 years of his life. Kenneth was born on December 20, 1957, in Houma, LA to the late Lee Joseph Matherne... View Obituary & Service Information

The family of Kenneth Lee Matherne created this Life Tributes page to make it easy to share your memories.

Send flowers to the Matherne family.