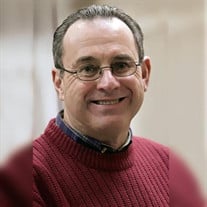 It is with great sadness that we share the sudden loss of Keith P. Maher. Keith left us on November 2, 2020 in Denver, Colorado. He was born on August 13, 1950 in New Orleans, LA to Edward J. Maher and Emily Golden Maher. He was the loving brother of Coral Maher and brother in-law of Mary “Becky” Rolland and the Godfather of his cousin, Colleen Hackett, and Dawn Boudreaux. Keith is survived by his aunts, Marilyn Brinkmann, Vondelle Golden, and Mildred Maher and pre-deceased by his aunts, Lorraine Lange, Sister Gloria Maher, Patricia Naquin, Joyce Hackett, and uncles, Willis Maher, Paul Maher, Sr., Roland Naquin, William Golden, and Edward Hackett. Being of 100 percent Irish decent, he is survived by his numerous cousins, James Lange (Neilanne), Kenneth Naquin (Kim), Karen Gervais, Patrice Naquin, Mary Meyer, Thomas Naquin (RoxAnn), Laurie Gervais (Rick), Henry Brinkmann (Wendy), Marilyn Stolzenthaler (Brent), Deborah Jacobs, Lydia Golden, Jennifer Golden, Gregory Golden (Kaori), Brian Brinkmann (Sheri), Bridget Helm (Tim), and predeceased by his cousins, Mark Naquin (Liz), Paul Maher Jr. (Evelyn) and cousins by marriage, Doug Meyer, and Brock Bernstein, as well as numerous second and third cousins. A graduate of St. Aloysius High School and Loyola University, Keith had a very successful sales career in the home building industry and worked for RJ Marchand and Dupont Industries. He lived in New Orleans, San Diego, Mandeville, and Denver, and leaves behind many friends who shared his love of life and the outdoors. While living in Louisiana, he enjoyed motor cross, water skiing and jet skiing. In California, he enjoyed sailing, snow skiing and taking long coastal drives. When he moved to Denver in 2017, he embraced his new adventure by taking long rides on his motorized bicycle and snapping photos of glorious mountain views and sunsets. Always up for a challenge, in August 2020, he drove an ATV in the mountains to celebrate his 70th birthday. In retirement, Keith was a volunteer tutor and enjoyed teaching reading to grammar school students through the Volunteers of America in Louisiana and Colorado. He also helped teenagers by teaching driver’s education in Denver. Because he knew the importance of staying in touch with friends, he will be sorely missed by his many long-standing friendships from childhood, college, his career, and church group, as well as the new friends he made along the way in his love for meeting people. A memorial for Keith at E.J. Fielding Funeral Home will be announced at a later date. At this time, please share a memory of Keith on the Tribute Wall at www.ejfieldingfh.com.

It is with great sadness that we share the sudden loss of Keith P. Maher. Keith left us on November 2, 2020 in Denver, Colorado. He was born on August 13, 1950 in New Orleans, LA to Edward J. Maher and Emily Golden Maher. He was the loving... View Obituary & Service Information

The family of Keith P. Maher created this Life Tributes page to make it easy to share your memories.

It is with great sadness that we share the sudden loss of Keith...

Send flowers to the Maher family.