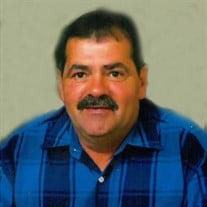 John “Johnny” Morse Reid passed away on September 12th, 2021. Born on August 19th, 1957 in Norwalk, California to Ernest & Beverly Reid. Johnny aspired to become a veterinarian due to his love for animals, horses in particular. As a young adult, he spent innumerable hours of his time working as a trainer at a local race track, providing assistance in caring for horses. Although he ultimately didn’t follow this as a career path, his love for animals remained, so much so that when he was made aware of a major fire at the local training center, he rushed over, putting his own life in danger, so that the horses wouldn’t lose theirs. He later worked as the chief mechanic for Brown & Root Offshore International in Louisiana for fourteen years. Due to a couple of unfortunate accidents, he was afforded the wonderful opportunity to spend every day with his six children and grandchildren that he held very near to his heart. On September 21st, 1991 Johnny married the love of his life, Keysia. Never being one to sit still for long, he opened his own hunting and fishing shop located in Folsom, which he named “K & J Outfitters”. He later expanded his business to include a game room as well as a monogram shop. His children enjoyed spending time with him at the shop while he worked. As K&J Outfitters grew in popularity in the Folsom community, so did Johnny. His affable personality and quick-witted jokes drew customers and friends into the shop. The trend seemed to persist throughout Johnny’s life. He made friends effortlessly and provided endless entertainment for all who had the pleasure of interacting with him. Johnny was also well known for his cooking skills. He never let his family go without a hot meal and always made sure that everybody got seconds. One of his most loved dishes was his lasagna, which was a favorite amongst his family, friends, and church community. He was also a very dedicated member and former treasurer of Coaltown Baptist Church. One of his proudest accomplishments was being appointed as a deacon of his home church. When Johnny wasn’t at church or busy cooking up a storm, he enjoyed completing projects around the house. When he ran out of projects around his own home, he would move on to his neighbors’. This was a perfect display of his heart of gold & love for others. Regardless of how the world around him changed, Johnny never stopped taking care of those around him and making the most of the time he had on earth. Preceded by Ernest Reid (father), Beverly Reid (mother), Robert (brother), Sue (sister in law) Johnny is survived by his wife, Keysia, and his children, John “Jason” (Anne), Jana (Trey), Jeremy, Krystal, Kayla, & Ethan (Kelsey). Brother to Tracy, Brenda, Tommy, Roxie (Kitty), Ernest “Binky” (Lisa), Cathy (Arnold), Amanda (Neil), Matthew (Timmy), Liz (Craig), Theresa. Beloved Grandfather to Ashton, Shilar, Nathanial, Blake, Billy, Dekoda, AnaGrace, Gavin, Natalie, Gabriel, Audrina, Nova, Brooklyn, Brycen. Due to COVID-19, social distancing is encouraged and masks are required to attend services. Relatives and friends are invited to attend the funeral services at E.J. Fielding Funeral Home, 2260 W 21st Ave, Covington, LA 70433 on Thursday, September 16, 2021 at 3:00 PM with visitation on 1:00 PM until service time. Interment will follow the services in Pierre Family Cemetery, 83469 Pierre Cemetery Rd, Folsom, LA. E. J. Fielding Funeral Home has been entrusted with the arrangements. The family invites you to share thoughts, fond memories, and condolences online at E. J. Fielding Funeral Home Guest Book at www.ejfieldingfh.com.

John &#8220;Johnny&#8221; Morse Reid passed away on September 12th, 2021. Born on August 19th, 1957 in Norwalk, California to Ernest & Beverly Reid. Johnny aspired to become a veterinarian due to his love for animals, horses in particular.... View Obituary & Service Information

The family of John "Johnny" Morse Reid created this Life Tributes page to make it easy to share your memories.

Send flowers to the Reid family.