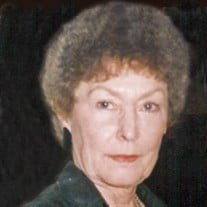 Jo Ellen “Coonie” Gottschalck Bankston, age 82, of Covington, LA passed away on Monday, August 16, 2021 at her home. She was born in Goodbee, LA on November 14, 1938 to the late Elie Gottschalck and Josephine Gottschalck. Coonie is survived by loving husband of 60 years, George Venable Bankston; her children, Eric V. Bankston and Tina Lynn Bankston Williams; 7 grandchildren, Hunter, Randa, Destiny, Tamara, Rebeca, Levi, and Brittney; and 5 great grandchildren, Erika, Hayden, Julian, Cyber and Heavenly. She is also survived by her sisters, Barbara Lee and Emily Benard; and her brother, Neil Gottschalck. She is preceded in death by her parents; her daughter, Kim Bankston Hebert; her grandson, Chris David Bankston; her sisters, Dorothy Sorten and Carolyn Watts; and her brothers, Richard Gottschalck and Johnney Gottschalck. Coonie attended Madisonville Junior High School and Covington High School. She played basketball where she scored the most points, had the longest shot points, was all tourney and was given the sportsmanship award. Coonie will be missed by all who knew her. Coonie donated her body to science. A memorial service will be held at a later date and will take place at Bennett Cemetery, 10002 Bennett Cemetery Road, Folsom, LA. E. J. Fielding Funeral Home has been entrusted with the arrangements. The family invites you to share thoughts, fond memories, and condolences online at E. J. Fielding Funeral Home Guest Book at www.ejfieldingfh.com.

The family of Jo Ellen "Coonie" Gottschalck Bankston created this Life Tributes page to make it easy to share your memories.

Send flowers to the Bankston family.