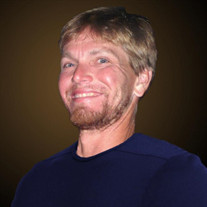 Jefferson “Jay” John Matthews, IV of Covington, LA passed away on Tuesday, May 10, 2022 after a hard, courageous battle with prostate cancer. He was born in New Orleans, LA on December 28, 1967 to Jefferson John Matthews III and Norma Tauzin Matthews Gwin. Jay is survived by his loving wife of 20 years, Annette; his cherished daughter, Sophia; his father, Jefferson (Sandra); his mother, Norma Gwin (Kenny) and his sister, Jeanne Curole (Rodney). He is also survived by his father-in-law and mother-in-law, Ernest and Taeko Gauthier; siblings-in-law, Joan Ferguson, Laura Yerby (Robert), Keri Skeins and Scott Skeins; and nieces and nephews, Justin, Tanner, Hannah, Chase, Lainey and Rylee (James). Jay is preceded in death by his paternal grandparents, Jefferson and Katherine Matthews and maternal grandparents, T. J. and Isabel Tauzin. Jay was a proud member of IBEW Local 130 since 1988 and was fiercely pro-union. He won the “Outstanding Apprentice” Award in 1992, and began a long career as an electrical journeyman, where he was able to mentor many apprentices and helpers on the job. It was important to him to pass on what knowledge he could, be it electrical or life experience, to help those younger or less experienced than him. He has many union brothers whom he loved, including his good friend, Roger Oakes. Although separated by distance, they spoke frequently and Jay cherished Roger’s friendship. Jay loved to fish and spent many happy days fishing with Gus Wilson and Gus’s brother, Gary. Jay and Gus were friends since childhood and he had many comical stories about them as kids. Jay loved Gus as a brother. Jay also loved being at his camp on Bayou Lacombe, which he put his heart and soul into rebuilding after it was damaged by Hurricanes Katrina and Rita. He loved to fish from his kayak and to take boat rides out to the lake. Any time spent on the Bayou was time well spent in his book. He loved sitting on the bench and feeding the fish and turtles in solitude equally as well as having family and friends over for a get together or crawfish boil. Jay’s daughter, Sophia, “Sophie” to her family, was his pride and joy. He made it to her high school graduation ceremony as one of his last acts of love. We will cherish all of our memories of Jay and will be challenged with how to move forward without him. We will miss his smile, his wit, his intelligence, his love, his direction, his company and his friendship. I know the first thing he did when he reached heaven was to find Boo, our beloved dog we lost last year. I know they are walking along a beach with the sun shining down on them, happy and at peace, searching the surf for fish and crabs. Jay’s family would like to thank his doctors at Tulane Cancer Center, especially Dr. Pedro Barata. Jay had the utmost respect for Dr. Barata and knew that he was under the best care possible for his disease. Dr. Barata and his entire team provided the care and hope we needed in order to make the most of his remaining life. Jay wished to be cremated and his ashes spread over the Bayou, which his family will do at a later date. For now, family and friends are invited to celebrate his life at a memorial service to be held at E. J. Fielding Funeral Home, 2260 W 21st Avenue, Covington LA on Saturday, May 21, 2022 at 4:30 PM with visitation beginning at 3:00 PM until service time. Jay wanted everyone to raise a glass to him and remember the good times. In lieu of flowers, Jay would like you to consider a donation to Tulane Cancer Center in his name. E.J. Fielding Funeral Home has been entrusted with the arrangements. Please sign the E.J. Fielding Funeral Home online Guest Book at www.ejfieldingfh.com.

Jefferson &#8220;Jay&#8221; John Matthews, IV of Covington, LA passed away on Tuesday, May 10, 2022 after a hard, courageous battle with prostate cancer. He was born in New Orleans, LA on December 28, 1967 to Jefferson John Matthews III and... View Obituary & Service Information

The family of Jefferson "Jay" John Matthews IV created this Life Tributes page to make it easy to share your memories.

Send flowers to the Matthews family.