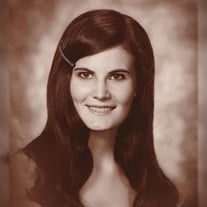 Jamie Lee Hingle was born on August 16, 1949 in Port Sulphur, Plaquemines Parish, Louisiana. And died on Tuesday, May 18, 2021 in Covington, Louisiana. She is preceded in death by her father James Lloyd Hingle , her mother Barbara Smith Hingle, her sister Carole Hingle and her daughter Salley Meringer . She is survived by her daughter Lee Hingle Hicks, her stepdaughter, Lourdes Fulton Gonzalez, her grandson Kellan Hicks, and her grand stepdaughter Emma Gonzalez and her husband Robert Fulton. She came from a very large family in Plaquemines Parish and is survived by many first and second cousins Jamie graduated from Buras High School class of 1968, Louisiana State University class of 1972, and Duke University Law School class of 1975. She was also the 1969 Orange Queen for the Plaquemines Parish Orange Festival. Her first job out of LSU was as a medical technician in Charleston North Carolina where she worked in the children’s cancer ward at Duke University Hospital. She took advantage of being at Duke and went to Duke University law school. After law school she was recruited by a law firm in Birmingham Alabama. From there she came to New Orleans in January, 1980 as a corporate international lawyer for McDermott International. In this position she traveled extensively to Moscow, London, Paris, Hamburg, Copenhagen, Jakarta, Hong Kong, Dubai, and Taipei. She was a trail blazer. She was the first female marine construction lawyer, and many clients were surprised to negotiate with a woman and one who was tough and intelligent. She became manager of the international legal department then became the Assistant Corporate Secretary of McDermott International. She retired from this position to raise her two daughters and initiate a new business using the nascent E bay platform. She initially sold the stamps inherited by her husband. She then branched out going to garage sales and local auctions to purchase porcelain which she then sold on E Bay. Her knowledge of marks on porcelain lead her to being hired to identify and estimate values of porcelain and other like pieces for estates. She taught her daughters the value of education, hard work and drive. Both of her daughters have successful careers. She cherished her miniature Schnauzers Jake and Jill. The dogs loved her and defended her as she walked the streets of New Orleans. A private memorial will be held with her family at a later date. Please omit flowers but make donations to the New Orleans Schnauzer Rescue organization (www.NOLAschnauzer.com). Share a memory on the tribute wall at www.ejfieldingfh.com

Jamie Lee Hingle was born on August 16, 1949 in Port Sulphur, Plaquemines Parish, Louisiana. And died on Tuesday, May 18, 2021 in Covington, Louisiana. She is preceded in death by her father James Lloyd Hingle , her mother Barbara Smith Hingle,... View Obituary & Service Information

The family of Jamie Lee Hingle created this Life Tributes page to make it easy to share your memories.

Send flowers to the Hingle family.