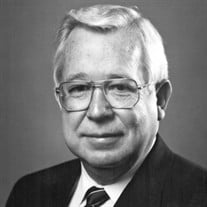 James Lowe Kilpatrick, a civic leader and former president and board member of Ocean Drilling and Exploration Company, died on February 16, 2022 at age 91. Jim was born on February 8, 1931, in Haynesville, Louisiana to Dayton Barnette Kilpatrick and Ila Virginia Lowe Kilpatrick. Jim is survived by his beloved wife, Carolyn Hargrove Kilpatrick; his children, Kimberly Kilpatrick Uddo (Tim Durnil), Mark Todd Kilpatrick, Pam Kilpatrick Gillin (John Gillin), and the late James Barney Kilpatrick (Valerie Kilpatrick); and 11 grandchildren. Jim was preceded in death by his parents and siblings, Bill Kilpatrick, Weldon Kilpatrick, Marie Kilpatrick Nipper, Bess Kilpatrick Ratcliff, Elise Kilpatrick Morgan, and Doris Kilpatrick Chapman. Mr. Kilpatrick graduated from Louisiana Tech University with a degree in petroleum engineering in 1953 and went immediately into the U.S. Navy during the Korean War. Mr. Kilpatrick worked for Monsanto Drilling Company in various engineering positions in Texas, Kansas, and Arkansas. Mr. Kilpatrick joined Murphy Oil Company as a district engineer and was transferred to Ocean Drilling and Exploration Company (ODECO) in 1960. In 1974, he was elected Executive Vice President of ODECO and was named to the ODECO board. In 1988 he was named President of ODECO. Mr. Kilpatrick served as director of IADC, director of Louisiana Tech Engineering Foundation, and served on the Louisiana Tech Foundation Board. Mr. Kilpatrick was a licensed engineer in the state of Louisiana. In 1990, Mr. Kilpatrick was awarded the Louisiana Tech University Tower Medallion and the Hall of Distinguished Alumni Award. In 1994, was recognized as one of the Centennial Award Recipients (One recipient per year for the first one hundred years of the school’s existence). Mr. Kilpatrick served in several voluntary leadership positions in the New Orleans United Way and received the Leipziger Award for an Outstanding United Way Volunteer before serving as Chairman of the United Way Fund Campaign. Jim cherished spending time with his extended family at his lake house not far from where he grew up in North Louisiana. He loved pulling water skiers, teaching his grandchildren how to fish, cruising on his party barge, and personally keeping up his properties. Jim served on many Methodist Church Boards throughout his adult life. At the time of his death, he was a member of North Cross United Methodist Church of Covington where he always devoted himself to helping those in need. He will be greatly missed by his family and friends. Jim was a true gentleman and always grateful for the Lord’s blessings. The family wants to extend a deep and heartfelt thank you to the loving members of the Peristyle Memory Care Center staff in Mandeville for being so supportive in Jim’s care in his final days. Specifically, we would like to thank Lori, Sharon, Blake, Corey, and all the other care partners. Relatives and friends are invited to attend the funeral services at E.J. Fielding Funeral Home 2260 West 21st Avenue, Covington, LA 70433 on Saturday February 19, 2022, with a 9:00 AM visitation followed by a funeral service at 11:00 am. A graveside service will be held in Haynesville, LA the following day, Sunday February 20, 2022 at Shady Grove Cemetery in Haynesville, LA. E.J. Fielding Funeral Home has been entrusted with the arrangements. Please sign the E.J. Fielding Funeral Home online Guest Book at www.ejfieldingfh.com.

James Lowe Kilpatrick, a civic leader and former president and board member of Ocean Drilling and Exploration Company, died on February 16, 2022 at age 91. Jim was born on February 8, 1931, in Haynesville, Louisiana to Dayton Barnette Kilpatrick... View Obituary & Service Information

The family of James Lowe Kilpatrick created this Life Tributes page to make it easy to share your memories.

James Lowe Kilpatrick, a civic leader and former president and...

Send flowers to the Kilpatrick family.