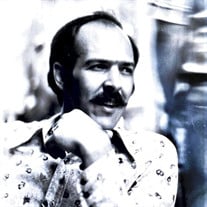 Jack Anthony Hurst, M.D. passed away on Sunday, June 13, 2021 surrounded by family at home in Folsom, LA. He was born on April 14, 1946 in Lafayette, Louisiana to Bernice Dupuis and Carl Hurst, who both preceded him in death. He was also preceded in death by his brothers, John Hurst and Jerry Hurst. He is survived by one sister, Karlene Hurst Nolan. Jack was the loving father of two daughters who adored him, Hilary Hurst Landry (Mickey) and Calais Hurst Waring (Patrick). Jack was the proud grandfather of four grandchildren, Sophia Landry, Miriam "Mae Mae" Landry, Patrick Landry, and Gabriel Coulon. Following his graduation from Lafayette High School, Jack attended ULL, formerly known as the University of Southwestern Louisiana, where he graduated with a degree in English Literature and Chemical engineering. He later obtained a master's degree in English literature. After working abroad for several years, he married and moved to Beirut, Lebanon to continue his education. He obtained a doctorate of neuroanatomy from the American University in Beirut, before being evacuated in 1976 by the United States Navy along with other Americans, because of the ongoing civil war. He returned to New Orleans and began medical school at Louisiana State University. Following graduation he pursued a residency in neurosurgery, serving as Chief Resident of the program at Charity Hospital. He went on the practice briefly in Fayetteville, Arkansas, returning to Lafayette, Louisiana to practice in 1987. Recently, Jack moved to Deer Lodge, Montana where he continued practicing medicine until the day he was admitted to the hospital. A Memorial Service will be held privately by the family at a later date. In lieu of gifts or flowers, the family asks that donations be made in the name of Jack A. Hurst, M.D. to the LSU Foundation with a designation that the gift is for the James L. Dennis Law Clinic at the LSU Law Center. Please Share a Memory on the Tribute Wall at www.ejfieldingfh.com.

Jack Anthony Hurst, M.D. passed away on Sunday, June 13, 2021 surrounded by family at home in Folsom, LA. He was born on April 14, 1946 in Lafayette, Louisiana to Bernice Dupuis and Carl Hurst, who both preceded him in death. He was also preceded... View Obituary & Service Information

The family of Jack Anthony Hurst M.D. created this Life Tributes page to make it easy to share your memories.

Send flowers to the Hurst family.