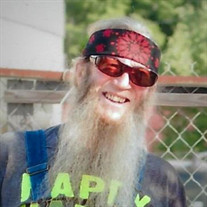 I AM MY BROTHER’S KEEPER - Gregory Thomas Howard AKA “Greggo/Pappy” Howard passed away on Friday March 4, 2022 at St. Tammany Parish Hospital after a long and valiant struggle with cancer. He was preceded in death by his parents, Tommie Howard and Mary Helen Brock Howard, his former wife and forever love of his life, Norma Voegerl Howard, brothers, Tommie Shedden and Charles Gary Howard. Pappy was the loving father of Amanda Howard Mann (Matthew) and Gregory Thomas Howard Jr. Proud Pappy of Makenna Mann, unborn grandson Mason Mann and Isabella Howard. He is also survived by his sister, Judith Howard Laiche, nieces, Carrington Gentry, Kristen Green, Kelly Howard and nephew, John W. Gentry Jr. Mr. Howard was born in Mobile, Alabama on July 27, 1949 and has resided in Madisonville, LA since 1983. Upon moving to New Orleans, Fortier High School immediately welcomed him and with his uniting and influential nature, he formed the first National Chapter of Phi Sigma Chi fraternity at Fortier High School. His college years were spent at Southern Louisiana University, and he proudly served our country in the United States Coast Guard. Greggo’s love for music and his free spirit found him at Woodstock in 1969. While working at a local music venue in New Orleans in the 1970’s, he met blues legend, Johnny Winter and introduced him to his local musician friends. Greggo was instrumental in putting together “Thunderhead”, a New Orleans blues-based band. Johnny Winter produced Thunderhead’s first record in 1974. Greggo went on to manage Johnny Winter, touring Europe and the U.S. for several years. Johnny and Greggo remained lifelong friends. Greggo was a bail bondsman for many years for St. Tammany Parish. From a young age, he enjoyed the backroads on his motorcycle and joined the Blacksheep MC in 2006. Pappy was a force unto himself and many others throughout his life. No one ever forgot him. He was charismatic, funny, loyal, and marched to the beat of his own drum. Although headstrong, he would and did give unconditionally with a generous spirit that sealed a lifelong brotherhood of friends; a bright light remaining that did not burn out in death. Relatives and friends of the family are invited to attend funeral services on Saturday March 12th at E.J. Fielding Funeral Home, 2260 W. 21st Avenue, Covington, LA 70433 on Saturday with visitation from 4:00-6:00pm and chapel service at 6:00pm. Interment will take place privately at the Howard Family Vault, Lake Lawn Cemetery, All Saints Mausoleum in New Orleans, Louisiana. In lieu of flowers, donations may be given to establish an educational fund for Pappy’s grandchildren. Venmo: @pappysgrands The family is forever grateful for Dr. Jack E. Saux and the staff of Mary Bird Perkins Cancer Center. We would also like to thank Dr. Rikki Weems, Dr. Roch Hontas, Dr. Mark Hontas, nurses, and the staff at St Tammany Parish Hospital. Please share memories on the Tribute Wall at www.ejfieldingfh.com.

I AM MY BROTHER&#8217;S KEEPER - Gregory Thomas Howard AKA &#8220;Greggo/Pappy&#8221; Howard passed away on Friday March 4, 2022 at St. Tammany Parish Hospital after a long and valiant struggle with cancer. He was preceded in death by his parents,... View Obituary & Service Information

The family of Gregory Thomas "Pappy" Howard, Sr. created this Life Tributes page to make it easy to share your memories.

I AM MY BROTHER’S KEEPER - Gregory Thomas Howard AKA “Greggo/Pappy”...