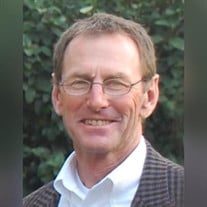 ABITA SPRINGS – Fred Loren Schroeder, an avid cyclist, fitness coach, and beloved member of the Abita Springs community, died Friday, October 9, 2020, at his home. He was 64. To protect the health of his family and friends during the pandemic, his family will hold a private memorial service. Fred’s friends are invited to share memories of Fred with his family through social media. Fred was born in September 1956 in Tallahassee, Florida, the son of Dale Loren Schroeder and Benjie Hodges Schroeder Branson. He spent his early years in Pensacola. After Fred’s mother married Robert Branson, the man Fred would lovingly call “Dad,” his new family, which eventually included a younger brother, moved to Jackson, Mississippi, and ultimately settled in the Walnut Bend neighborhood of Algiers in New Orleans. Fred spent many summers in Florida visiting his biological father as well as his grandparents. As a youth, Fred’s zeal for adventure led him to race around the neighborhood on his bike with his pals, and later to a passion for bike racing and cars. He also had an early love for animals, amassing a menagerie of pets including a dog, rabbits, guinnea pigs, and snakes he caught with his own hands. Later in life, he was intrigued with spiders and stopped his car many times to help turtles and snakes cross the road. He was always willing to lend a helping hand, and his self-deprecating humor kept everyone laughing. Like his maternal grandfather, Fred had a natural inclination to tinker and a curiosity about how things worked. He and a friend rebuilt an old Datsun 510 in the garage of his family’s home, using an oak tree in the front yard to wench out the engine, and built a new dashboard out of mahogany. His inquisitive and sometimes impulsive nature often got Fred into sticky situations that, though they may have frazzled his parents, are part of the family lore and are remembered fondly and with good humor today. Fred graduated from O. Perry Walker High School in New Orleans in 1974, and he earned a bachelor of arts in criminal justice from Louisiana State University in 1980. His early working life included being a lending officer at the Bank of New Orleans, owning a company that installed sunroofs in vehicles in New Orleans, working in sales and marketing for a manufacturer of after-market specialty parts for antique cars in San Diego, California, and eventually as a private investigator in the Greater New Orleans area. Fred’s life changed forever when, while living in San Diego, he met Gayle Abramowitz and her two-year-old daughter, Nili. A few years later, in 1994, they moved to the Abita Springs community. Fred and Gayle married, and Fred adopted Nili, whom he loved and adored (and bragged about) for the rest of his life. Besides Nili, Fred’s true love, passion, and calling was cycling. He was not only a gifted cyclist with a smooth pedal stroke, but a patient, caring, and encouraging coach who generously shared his time and knowledge with anyone—from skilled cyclists he was training for races to beginners who needed help learning the basics of feathering brakes, riding in cadence, or climbing hills. He was eager to welcome all into the cycling circle and enjoy their post-ride fellowship at the Abita Brew Pub. Fred’s cycling friends throughout the North Shore and at the YMCA became his second family. His family will forever cherish and appreciate the love and support this group has shown to Fred and to his family and will hold dear the fond remembrances you have shared of Fred. The memorial bike ride in Abita Springs on the Sunday after this death was the perfect tribute. While every cyclist has a Fred story, he touched so many lives beyond cycling. He was a pillar of his community who welcomed and loved everyone. He was always willing to pitch in to help, lend a helping hand, or share a laugh to make others feel at ease. He organized a neighborhood watch while living in San Diego and later volunteered on the Board of the Abita Springs Fire Department, and helped organize community events such as the Abita Fall Festival and numerous impromptu events and fundraisers. Fred is survived by his daughter, Nili Senesh Schroeder, of Las Vegas, Nevada; by his mother, Benjie Hodges Branson, of Abita Springs; and by his brother, Reed Lincoln Branson, and Reed’s wife Beverly Ray, and their children Robert Burns Branson II and Margaret Borroum Branson of Jackson, Mississippi. He was predeceased by his stepfather, Robert (Bob) Burns Branson, and by his biological father, Dale Loren Schroeder, both of whom Fred loved dearly. Should anyone be moved to make a gift in Fred’s memory, his family simply asks you to choose a cause that is close to your heart. The Schroeder family invites you to share thoughts, fond memories, and condolences online at E. J. Fielding Funeral Home Guest Book at www.ejfieldingfh.com.

ABITA SPRINGS &#8211; Fred Loren Schroeder, an avid cyclist, fitness coach, and beloved member of the Abita Springs community, died Friday, October 9, 2020, at his home. He was 64. To protect the health of his family and friends during the... View Obituary & Service Information

The family of Fred Loren Schroeder created this Life Tributes page to make it easy to share your memories.

Send flowers to the Schroeder family.