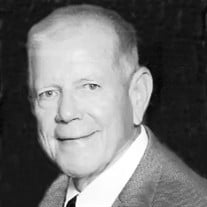 Edward Stephen Lowry, Jr. passed away on January 20, 2022 at the age of 79. Ed was born in 1942 to the late Edward Stephen Lowry, Sr. and Agnes Duncan Lowry and raised in St. Charles Parish as the middle child of five children. He attended St. Charles Borromeo in Destrehan from first grade until his high school graduation. Ed went on to LSU in Baton Rouge where he graduated in 1965 with a bachelor’s degree in Industrial Technology. Ed married Kathryn Claire Lambert, his wife of 57 years, just before his LSU graduation. After graduating, Ed returned to Norco where he and his wife started their family and career. Ed started his career at Hooker Chemical where he worked until 1972 when he took a job with Boyce Machinery, and later Louisiana Machinery. Ed and his wife moved to Laplace in 1974 where they raised their three children. In Laplace, Ed was active in his Catholic Church parishes of Ascension of Our Lord and later St. Joan of Arc. As a devout Catholic, Ed with his wife shared their faith through St. Joan of Arc’s religious education department, teaching marriage preparation courses and confirmation classes for almost 15 years to ready young Catholics for the sacraments. He was honored as a Catholic layperson with the Order of St. Louis Medallion for contributing his time and talents to the Catholic Church and community. Ed was a faithful adorer of the Blessed Sacrament at Ascension of Our Lord and taught his children and grandchildren by word and example to love the Lord above all. To continue his children’s Catholic upbringing, Ed sent his children to St. Charles Catholic. As a St. Charles Catholic alum and parent, Ed was the President of the School Board and ever-reliable assistant to the Comet football team. In 2018, Ed and his wife moved to St. Anthony Gardens Retirement Community in Covington, Louisiana, where he lived until his death. Ed was a life-long St. Charles Comets’ and LSU Tigers’ fan, supporter, and ticketholder. Fall football at Comet stadium and Death Valley and spring baseball at the Box were Ed’s favorite past-times, and pizza with a cold beer was his prized meal, though crawfish was a close second. During the late fall and winter months, Ed could be found at camp Roseaux in the marshes of St. Charles parish, hunting ducks with his sons, cousins, and childhood friends. Ed treasured frequent family trips to Florida, especially to his brother, Richard’s beach home. Through his middle years, he loved to run, all distances, and completed multiple 10k, half and full marathons. His proudest personal, athletic accomplishment was completing the Marine Corps Marathon in Washington D.C. in October 1987. A hardworking and loyal employee, Ed retired in 2007 from Louisiana Machinery after 32 years of employment. After he retired, Ed stayed active in the garden, on the golf course, on an occasional bike ride, and on vacations across the States. Pep – as his grandchildren affectionately called him -- especially loved his time with his children and ten grandchildren, whether watching their sporting events, sharing in their milestones, or just relaxing on the porch swing. Ed is survived by his loving wife Claire; his children, Molly Nobile (John) and Paul Lowry (Shannon Kenney); and his ten grandchildren, Ethan and Griffin Lowry, Mia and Zoe Nobile, and Kaitlyn Beier (Charles), Trey, Hannah, Duncan, Hunter and Aidan Lowry. He is also survived by his siblings, Nelwyn Baxley (Charles), Richard P. Lowry, and A. Claire Groves (Keller) and several nieces and nephews. Ed was predeceased by his oldest son, David Lowry (Tricia Edwards) and his sister, Marguerite Arroyo. Visitation for family and friends will be from 12:00 p.m. to 1:15 p.m. on Monday, January 24, 2022 at E.J. Fielding Funeral Home, 2260 W. 21st Avenue, Covington, Louisiana 70433, followed by a funeral mass for all at 2:00 p.m. at St. Joseph’s Abbey, 75376 River Road, St. Benedict, LA 70457. Internment at St. Joseph Abbey Cemetery will follow the funeral mass. E. J. Fielding Funeral Home has been entrusted with the arrangements. The family invites you to share thoughts, fond memories, and condolences online at E. J. Fielding Funeral Home Guest Book at www.ejfieldingfh.com.

Edward Stephen Lowry, Jr. passed away on January 20, 2022 at the age of 79. Ed was born in 1942 to the late Edward Stephen Lowry, Sr. and Agnes Duncan Lowry and raised in St. Charles Parish as the middle child of five children. He attended... View Obituary & Service Information

The family of Edward Stephen Lowry Jr. created this Life Tributes page to make it easy to share your memories.

Send flowers to the Lowry family.