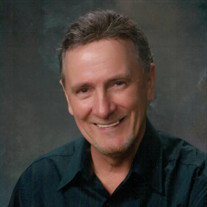 Edward Paul Cancienne, Jr. passed away on February 19, 2021 at his home in Slidell, LA. He was born on March 29, 1944 in New Orleans, LA to the late Edward Paul Cancienne, Sr. and Alice Williams Cancienne. Edward married Sandra Valley and they were happily married for 49 years prior to her passing in 2014. Together they had two children, Lisa C. Nunez (Freddy) and Dina C. Nunez (Gary). He will be dearly missed by his six grandchildren, Amanda, Blake, Zachary, Boomer, Kyle (Ashley) and Trey Nunez; and his 6 great grandchildren, Jillian and John Paul West, Aubrey, Austyn, Karleigh and Kyley Nunez. Edward is also survived by his loving partner Diana Glancey Schwindt. We are thankful for her love and devotion to him. Edward was the brother of Adrian, Denise, Deborah, Dennis, Pamela and the late David Cancienne. He is survived by numerous nieces, nephews and cousins including his cousin Walter Cancienne who was like a brother to him. Edward served his country in United States Army National Guard. Relatives and friends are invited to the Funeral Mass at E.J. Fielding Funeral Home, 2260 W. 21st Avenue, Covington, LA 70433 on Friday, February 26, 2021 at 11:00 AM with visitation from 9:00 AM until Mass time. Interment will follow the service at Pinecrest Memorial Gardens, Covington, LA. In lieu of flowers, the family requests donations to be made to The Tunnel to Towers Foundation, www.tunnel2towers.org, in honor of Edward being a Veteran and first responder with St. Bernard Fire Department. Please Share a Memory on the Tribute Wall at www.ejfieldingfh.com.

The family of Edward Paul Cancienne Jr. created this Life Tributes page to make it easy to share your memories.

Send flowers to the Cancienne family.