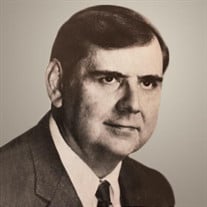 Earl Webster Simoneaux, born December 10, 1930, died June 9, 2022, beloved son of Moseman Richard Simoneaux and Lydia Courtney Knapp Simoneaux. Most beloved husband of the late Mary Carolyn Kessels (together known as “Bummie” and “Webby”). Father of the late Nicholas Earl Webster Evans Simoneaux, Peter Wynhoven Simoneaux, husband of Sarah Lynch Simoneaux, Collins Richard Simoneaux, husband of Martha Sanchez Simoneaux, and Charles Kessels Simoneaux, husband of Marion Kirk Eley Simoneaux. Brother of the late Richard Knapp Simoneaux. Beloved nephew of the late Alice Emily Knapp, widow of Major Earl Webster Evans and, by second marriage, widow of Martin John Kahao. Son-in-law of the late Jack J. H. Kessels and wife Lorraine Tillotson Kessels. Brother-in-law of the late Piet A. Kessels and wife Margaret Sellers Kessels, who are survived by their children and grandchildren. He is survived by grandchildren Nicholas Webster Simoneaux, husband of Michelle Warren, Andrew Richard Simoneaux, William Webster Simoneaux, and Nicole Sarah Simoneaux. Mr. Simoneaux attended Sacred Heart Grammar School (’43), Jesuit High School (’47), and graduated from Loyola University (Ph.B ’52) and its School of Law (J.D. ’54). He served in the United States Army (’54-56) in Alaska. Mr. Simoneaux was an attorney, Notary Public, and was active in the Homestead/Savings and Loan Industry. He practiced law from 1956 until 1982 when he became President of Columbia Homestead Association and Chairman of its Board of Directors. His professional activities included: Member of the Louisiana and New Orleans Bar Associations, the American College of Mortgage Attorneys, Chairman of the Title Examination Committee of the N.O.B.A. and Director and President of the New Orleans Notaries Association. His attainments in the Savings and Loan Industry included serving as Director and President of the New Orleans League of Savings and Loan/Homestead Associations and Director and Vice Chairman of the Louisiana League of Savings and Loan Associations. He also served as a Director and Secretary of the Central Appraisal Bureau of New Orleans. Mr. Simoneaux was active in the Model Train, Railroad History, and Railroad Collecting hobbies. He loved to ride a train, any train. Services and interment in Metairie Cemetery will be private. Donations may be made to a charity of your choice. Please Share a Memory on the Tribute Wall at www.ejfieldingfh.com.

The family of Earl Webster Simoneaux created this Life Tributes page to make it easy to share your memories.

Send flowers to the Simoneaux family.