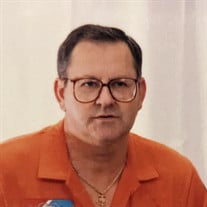 Donald Joseph Abney, Jr. of Abita Springs, LA passed away on Wednesday, December 18, 2019. He was born on September 25, 1943 in New Orleans, LA to Donald, Sr. and Norma Nell (Diggs) Abney. Don is survived by his beloved wife Kathleen (Bradley) Abney; his children Christopher Abney and Rachel Abney; his step-sons Perry McNeely, Jr. and John McNeely; his grandson Christopher Abney; his step-grandchildren Melissa McNeely, Steven McNeely, Cameron Burton, Joshua McNeely, and Emily McNeely. He is also survived by his sister Peggy A. Roberts and his brother Russell Abney. Don is preceded in death by his parents and his brother Michael Abney. Don was a Master Trainer in obedience, tracking, hunting, search and rescue, and detector dogs since 1980. He was an accomplished author and wrote four books about the care and training of dogs. Don was a certified breeder of Louisiana Catahoula Leopard dogs and served in many capacities for Southeast Louisiana Search and Rescue (SELSAR), American Catahoula Association, Great Southern Kennel Club, and Catahoula Owners, Breeders, and Research Association (COBRA). In addition to his work with SELSAR, Don was a Retired Reserve Lieutenant for the St. Tammany Parish Sheriff’s Office. Throughout his life, Don received numerous awards and commendations for his work in training. Relatives and friends are invited to attend the funeral services at E.J. Fielding Funeral Home, 2260 W 21st Ave, Covington, LA 70433 on Monday, December 23, 2019 at 11:00 AM with visitation on Monday beginning at 9:00 AM. In lieu of flowers, memorial contributions in memory of Don may be made to Tunnels to Towers Foundation. Donations may be made at ¬https://tunnel2towers.org/.

The family of Donald J. Abney Jr. created this Life Tributes page to make it easy to share your memories.

Send flowers to the Abney family.