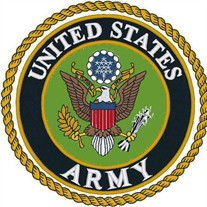 LTC David Wetsel Lynd, USA, (Retired) departed this life on Tuesday, June 28, 2016 surrounded by family at his home in Covington, LA. He was born on October 12, 1935 in Flatwoods, KY to the late Joseph Lynd and Elizabeth Pearl Turley Lynd Monsimer. David is survived by his beloved wife, Valerie. He was the loving father of Katherine Lynd and Susan Lynd Malone, and her husband, Paul Malone. David was a graduate of the University of Kentucky at Lexington. He then proudly served his country in the U.S. Army around the world including Vietnam retiring as a Lieutenant Colonel after 20 years. After retiring from the Army, David worked as Director of Administration for Electro Coal Transfer Corporation in Davant, LA, retiring in 1996. In 1997, he moved to Covington and joined Christ Episcopal Church, Covington, LA, where he enjoyed being a very active member. Relatives and friends are invited to the Funeral Service at Christ Episcopal Church, 129 N New Hampshire St., Covington, LA 70433 on Friday, July 1, 2016 at 2:00 PM. A reception at The Southern Hotel, 428 E Boston St, Covington, LA 70433 will follow the service. Please Share a Memory on the Tribute Wall at www.ejfieldingfh.com.

The family of LTC David W. Lynd created this Life Tributes page to make it easy to share your memories.

Send flowers to the Lynd family.