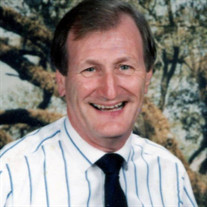 Rev. Charles M. Alder, Jr., 83, of Folsom, LA, died April 11, 2020, following a brief struggle with COVID-19. Born in Indiana Harbor, IN to Charles M. Alder, Sr. and Florence M. Alder, he attended high school in Wilmington, Delaware. His religious faith and love of music led him to the Pentecostal Bible Institute in Tupelo, Mississippi, where in the choir he met Pauline Jenkins, of Bogalusa, Louisiana, who became his beloved wife of 44 years. After his graduation and ordination at PBI, Charles became a Pentecostal evangelist, ministering and pastoring in churches in Maine, Vermont, Delaware, and Connecticut. While pastoring, he and his wife also pursued degrees in Elementary Education at Greenville College in Illinois. Educational opportunities led Charles and his family to Folsom, Louisiana in the late 1970s. For the next 37 years, Charles taught gifted enrichment and academic classes at C.J. Schoen Middle School and Pineview Middle School. He retired from teaching in 2002, a favorite teacher to hundreds of students, and great friend to colleagues. Christian service to others remained greatly important to Charles throughout his life. He used his musical background to organize and direct several annual Christmas cantatas at Shepherd’s Fold Church of God in Covington, which were attended by hundreds of people in the larger community. Charles played the organ at church and gave piano lessons to at least 3 generations of children. In 2002, he, his wife, and several congregants established Shepherd’s Care Ministries in Covington, where he served as pastor until retiring in 2017. Next to church and family, Charles loved more than anything to travel. He made multiple trips to Europe with friends and family, visiting China twice also as a missionary teacher. He won’t get to take that trip he had planned this summer to northern Italy, Vienna, and Prague. Reverend Alder is preceded in death by his wife, Pauline (Jenkins) Alder, and his son Brent Dale. He is survived by daughter Dawn Cheri, son Charles Michael, grandchildren Matthew (22), Joseph (20), Jacob (19), Westleigh (15), Victoria (15), and Rence (12), plus numerous beloved in-laws, nephews, & nieces. His was a life well lived, in service to his family, friends, and students, but especially to his God. He will be greatly missed by all who knew him. A memorial service will be held Saturday, August 1, 2020, at 11 am at Shepherd’s Care Ministries, 20115 LA-1081, in Covington, LA. Because of the state-mandated restrictions on public gatherings due to COVID, seating in the church is limited to approximately 150 people. Overflow seating and live telecast will be available in the church’s Family Life Center, if necessary. Face masks are requested by the family. A light meal in the Family Life Center is planned for attendees following the service. Those who are unable to attend the memorial due to health concerns may view a simultaneous Zoom webcast at https://us02web.zoom.us/j/82755968382. In lieu of flowers, donations may be made to the American Cancer Society. Share a memory on the tribute wall at www.ejfieldingfh.com

The family of Charles Marion Alder, Jr. created this Life Tributes page to make it easy to share your memories.