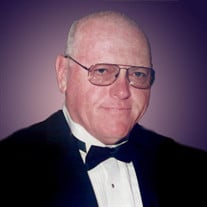 Billy Byron Booth of Covington went home to be with the Lord on December 26, 2020 at the age of 74 after a fierce fight with COVID-19 pneumonia. He is preceded in death by his parents Maidie Pearl Combs Booth and Thurman “Dutch” Walter Booth, Sr.; his brothers Henry Few Booth and Thurman Walter Booth, Jr; and his step-daughter Shannon Marvin Maisano. He is survived by his beloved wife Theresa Miller Booth of Covington, LA; his brother John David Booth, Sr. (Susan) of Hannibal, MO; his sisters-in-law Opal Bode (George) of Kenner, LA and Janis Bonura (Justin) of Metairie LA; his brother-in-law Sam Miller (Debbi) of LaPlace, LA; children Paul Byron Booth of Houston, TX and Dr. Angela Booth Wingfield (Bill) of Pass Christian, MS; his stepson Wayne Barrett Marvin, Jr (Cole) of Kent, IL; his step son-in-law Billy Maisano of Covington, LA; grandchildren Spencer and Claire Wingfield; John Paul and Miles Booth; Lauren, Nicole, Katherine, and Will Maisano; Amanda, Emma, and Grant Marvin; Haleigh, Alaina and Ben Gardner; as well as a host of loving nieces, nephews, and cousins. Billy was a faithful servant of the Lord and lived a life of service to others. He will be greatly missed by all who knew him as he always tried to make everyone laugh and would help in any way he could. He was a full-time hero always “saving the day” in big ways and small for everyone in his life. Born on June 2, 1946 in Terry, Mississippi Billy Byron Booth was named by his older brother Thurman (yes, his parents literally named him Billy at the suggestion of their young child which was a source of confusion his entire life. It did, however, make it easy to spot junk mail and telemarketers looking for “William”). Billy grew up as the pastor’s son in several Southern Baptist churches in the mid-south where he developed his love for the Lord and a talent for singing that he enjoyed his entire life. He loved music from many genres and was quick to break out into song without notice. Billy loved to put on a show. If he was not singing, he was telling a comical story or a corny joke. He loved to make other people happy. Billy graduated from Bogalusa High School and went on to Louisiana College where he earned a bachelor of arts degree in Religion and Speech. Following in his father’s footsteps he sought a master’s degree in Divinity at the New Orleans Baptist Theological Seminary, but after a year he decided it was not for him. His part time job as a campus police officer peaked his interest in law enforcement which became his career. In 1969 Billy joined the New Orleans Police Department where he was a patrolman in the Third District, worked in the Communications Division, was an emergency medical technician, and a Bomb Squad Technician. During that time he earned a bachelor’s degree in criminology from Loyola University in New Orleans. He moved on to the Louisiana State Police as a patrolman in Troop B and was selected into their Executive Protection Unit where he had the privilege of protecting Lieutenant Governor James Fitzmorris, Jr. who became his life-long friend. In 1980 he was hired as Chief of Security for McMoran Oil and Gas where he worked for 20 years; it merged into Freeport-McMoran, and he directed security at their copper mine in Iran Jaya, Indonesia for 7 years. Billy tried to retire once, and it lasted 6 months which was how long it took him to catch up on projects around the house. He loved to work and to be busy. Billy joined the Transportation Security Administration when it was formed in 2001 as a Supervisory Transportation Officer. He also served as a Trainer and an Analyst. He was promoted to Lead Transportation Security Specialist – Explosives which he was proudly still doing full-time when he became ill. Billy was a faithful Christian and a proud member of the Gideons International. He was a deacon at St Rose Community Church and First Baptist Church of Kenner. He participated with joy in numerous church choirs and Bible study groups. When called to help in his community, he served as well. Billy was a member of the St. Rose Planning and Zoning Commission for 12 years. He was an amazing and supportive father – providing answers to a million questions, saving the day whenever he could, and quietly and calmly guiding his children to success. Billy was a people-pleaser and truly went out of his way to try to make everyone in his life happy. He did many things behind the scenes to prevent complications or conflicts and to make everything flow smoothly. Friends and relatives are invited to attend a celebration of Billy’s life on Thursday, December 31, 2020 at First Baptist Church Covington, 16333 LA-1085, Covington, LA 70433 with Visitation from 10am-Noon followed by the service at Noon. In lieu of flowers the family asks that you make a donation in Billy’s honor to St Rose Community Church (627 St. Rose Ave., St Rose, LA 70087), First Baptist Church Covington Building Fund, or Gideons International (P.O Box 97251, Washington, DC 20090-7251 or gideons.org/donate). For those unable to attend in person, the service will be streamed live at https://boxcast.tv/view/booth-celebration-of-life-735099 beginning at 11:30 AM.

Billy Byron Booth of Covington went home to be with the Lord on December 26, 2020 at the age of 74 after a fierce fight with COVID-19 pneumonia. He is preceded in death by his parents Maidie Pearl Combs Booth and Thurman &#8220;Dutch&#8221;... View Obituary & Service Information

The family of Billy B. Booth created this Life Tributes page to make it easy to share your memories.

Billy Byron Booth of Covington went home to be with the Lord...

Send flowers to the Booth family.