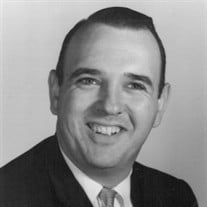 Allen David Suter passed away on Monday, August 3, 2020 surrounded by family at his home in Mandeville, LA. He was born on August 3, 1935 in New Orleans, LA to the late Marion Suter and Myra Chenoweth Suter. Allen was the beloved husband of Joyce Dickinson Suter for 59 years. He was the loving father of Steven Michael Suter (Deleen), Brian Allen Suter (Amanda), and Lauryn Leigh Mason (Lance). Allen was the proud grandfather of Kaleigh Elizabeth Loup (Austin), Gabrielle Elizabeth Burns, Benjamin Thomas Burns, Samantha Lee Suter, Caroline Elise Suter, and Zachary Brian Suter. He was the brother of Edward Suter (Mary Ellen) and survived by many neices and nephews. Allen was a veteran of the United States Navy, serving from 1955 until 1957 and served in the Naval Reserves until 1961. He attended Southeastern Louisana University, during his time in school he served as President of Alpha Omega fraternity, active with Circle K International, and was listed in 1959-’60 “Who’s Who among students in American Universities and Colleges”. Having graduated in 1960 from Southeastern La. University with a bachelor’s degree in Education, he became a devoted educator, teaching math and science in upper elementary school. He taught and mentored many thousands of students throughout a brilliant 40 year career, at Metairie High School, New Orleans Academy, Kehoe-France School, and Stuart Hall School. During his time at New Orleans Academy he was a football coach and a winning basketball coach, guiding his team to an undefeated 1970-71 season. He was also an accomplished musician, having played in and around New Orleans with various bands for more than 50 years. He was influenced greatly by his father, Marion, who was the lead trumpet player for the Dawnbusters radio show here in New Orleans. Allen had a love for music and great respect for all musicians throughout his life. The family would like to give its thanks and appreciation to Anvoi Hospice Services, and all of the nurses and caretakers who helped to keep Allen comfortable during his final weeks. A memorial service will be announced at a later date. Please Share a Memory on the Tribute Wall at www.ejfieldingfh.com.

Allen David Suter passed away on Monday, August 3, 2020 surrounded by family at his home in Mandeville, LA. He was born on August 3, 1935 in New Orleans, LA to the late Marion Suter and Myra Chenoweth Suter. Allen was the beloved husband of... View Obituary & Service Information

The family of Allen David Suter created this Life Tributes page to make it easy to share your memories.

Send flowers to the Suter family.